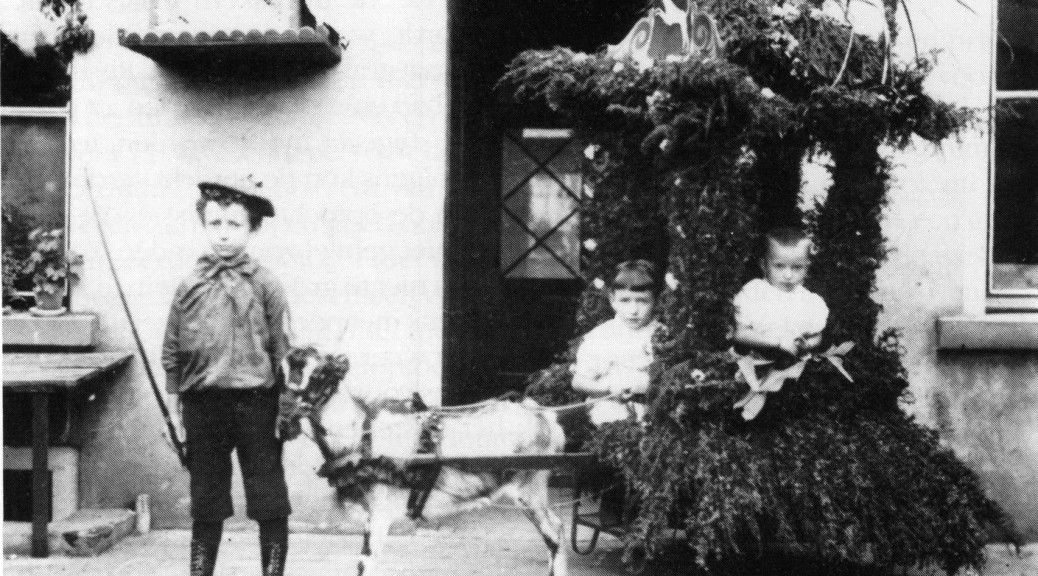 “April 12, 1894 – a hasty sound of the bell, running conductors and crying whistles, and sizzling and vigorously, the locomotive starts to move forward and standing still again, with the rail being blocked, careful not to get into accidents, with so many trains running together. And every time new locomotives steam, with long slides of empty wagons behind them, entering the platform being loaded with passengers in just a matter of minutes and making room for yet another train with the sound of the bell. But the crowd on the platform remains and does not noticeably diminish. About sixty extra trains to Harlem were needed that day. Crowded and crammed.”

These phrases are from the book ‘herinnering aan het Bloemen-corso’ (Remembrance of the Flower Parade), a review of the Harlem flower parade of 1896. Parade organizations today will probably envy the popularity of this parade at the end of the nineteenth century. Parades and flower parades in particular seem to be part of our history for a long time. But where are they from? Who came up the idea of organizing a parade with floats full of flowers?

Parades have a long history. Religious processions or pilgrimage, military parades or inaugurations have been part of our heritage for a long time. Even at funerals and weddings, the parade was part of the ceremony for centuries. Drawings in the pyramids in Asia, Mexico and Egypt show that they have been part of our traditions for thousands of years. The ancient Greeks and Romans held parades, and one might even consider the hunting rituals of our ancestors as a parade. 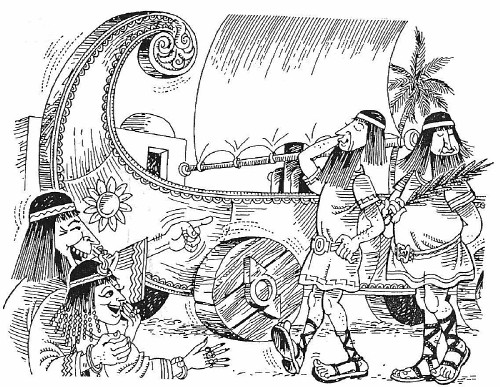 The Greeks celebrated an annual tradition where they welcomed Bacchus annually on a ship-shaped float which they named Carrus Navalis. Some say the word Carnaval relates to this particular tradition, although it could also relate to the last chance to eat meat before the 40 days of prayer and fasting, with Carne meaning meat and Levare meaning taking away.

An important turning point in the history of parade float can be found in the Middle Ages in Spain. On important holidays it was common that Miracle Games and Passion Games were performed in church. The games became increasingly popular and moved to the area around the church or to a larger centrally located area of ​​the city. In order to tell the large numbers of visitors the story, the same play was repeated at various points in the city, for this reason movable stages were built. In the later editions of the event, various stage floats were used and a different part of the (bible) story was told on each float.

The processions were very popular and were copied by churches across Europe, e. in Antwerp in 1398 and Bergen op Zoom in 1413. It didn’t take long before floats appeared in parades and processions in the Netherlands and Belgium. In Northern France, the competitive element was added to the parade for example during the Jeux sur Cars in Arras 1490.

The popularity of the processions decreased when the people learned to read and there was no longer a necessity for the church to present the story on a float or stage. These ancient practices, however, form the basis of today’s parades both carnival and flower parades.

The Carnival of Nice

The city of Nice in France has a rich carnival tradition. Both the common and the nobility came to Nice to spend a few days at the Spring Festival. Influenced by the Italian carnival the carnival was changing and in 1830 a parade was added to the festivities. The first floats were made in an allegorical style, and were also decorated with flowers. And it did not take long before a competition was added to the parade.

In 1875 the float ‘Ratapignata’ was built. A replica of a fortress with forty lifelike bats surrounded by a cloud of chalk. It was a new concept and impressed both the public and the organization, however the judges did not award the float with a first prize, they preferred the flower floats. Several board members removed their duties and the organization was literally split. In 1876 there were two new events: the carnival parade and the flower corso (‘La bataille des Fleurs’, literally the battle of the flowers). Both events are still part of the Nice Carnival tradition today.

Carnival and flowar parades appear to have the same roots.

To promote the beautiful Pasadena (Los Angeles CA), a group of leading members of the Valley Hunt Club were eager to organize a special event. When one of the members talked about the flowers that always flourish in favorable climate of California, Dr Francis Rowland noted that his wife had just returned from visiting La Bataille des Fleurs in Nice. “Let’s call our event the Festival of Roses.” The first parade was scheduled for the first day of 1890. The Pasadena Rose Parade, one of the largest flower parades in the world, has been held to celebrate new year ever since.

In honor of the King Edward VII coronation, Jersey also copied the bataille-des-Fleur tradition of Nice. On August 9, 1902, the first Battle of Flowers was held. More than a century later, the parade that is still part of the island’s culture.

Blankenberge is the oldest still riding flower parade of the low contries.

The first flower parades popped up in Belgium and the natherlands. An annual flower corso was held in Haarlem at the end of the 19th century. In 1896, even one of the first flower parade books appeared: ‘Remembrance of the Flower Parade’. In 1895 a ‘Corso Fleuri’ is organized in Blankenberge. The participation was reserved for children with decorated and flowered trolleys, wheelbarrows, buckets, kicks and hoops, and to ladies and misses with flowered umbrella’s that created flower pieces for the judges. The second ‘Corso Fleuri’ followed September 4, 1896, and really had all the ingredients of the later events: dressed children throwing flowers, colorful dressed groups, big and small flower floats drawn by children or horses, floral bikes, decorated horses, ponies … and the procession was preceded and closed by a marching band.
In 1897, in Winterswijk as a part of the national festivals, a cycling tour with flower parade was held, this makes them the oldest still-running flower parades of the Netherlands. By 1898 the phenomenon of flower parade really started to grow. That year, flower parades were organized in honor of the eighteenth birthday and Coronation of Queen Wilhelmina. There were parades in Amsterdam, Groningen, The Hague, but also in countless smaller places like Winterswijk and Lichtenvoorde.

Winterswijk and Lichtenvoorde are the only events from this period where (despite interruptions) flower parades still float through the streets annually. The royals played an important role in the tradition of flower parades. For example, in 1909 the first corso was held in Aalsmeer on the occasion of the birth of Juliana. And in 1936 in Zundert, Pieter van Ginneken, elder and tree grower, came the idea of ​​reviving the Orange celebrations by organizing a flower parade. This event grew out to be among the largest flower parades in the World.

The following books were used as a source for this article: